OK, so last week we had this big eclipse, and although it wasn’t visible anywhere on earth, most of you probably felt the effects of it. A lunar eclipse always brings change, and this one might have brought some clarity through challenging events. I sure felt it. And if you think people are a bit more aggressive recently, well, that’s part of it, too. 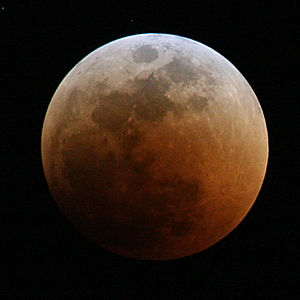 But that’s not all that’s happening. We’ve also got a Mars/Saturn conjunction, which can affect, well, just about everything. Mars is the “male” planet which rules aggression, and sometimes it really rules people. If you combine Mars’ aggressive energy with another heavy-hitting “male” planet, Saturn, you’ve got explosive energy that can also be controlling and authoritarian. Anyone else having challenges with bosses, husbands, or just aggressive individuals?

Yeah, that’s what happens when these two heavy-hitters get too close to each other, especially between eclipses.

But let’s talk about eclipses for a moment. A lunar eclipse, which is what we had last Thursday, is a full moon eclipse. It takes the already tense energy of a full moon and multiplies it. The sun and moon are in opposite signs, which signals a challenge between two viewpoints. In this case, it was a Leo sun, which symbolizes the self, versus an Aquarius moon, the collective, and the individual’s responsibility to the world, the organization (business, school, life, humanity). It is also a visionary eclipse. The previous week and the next may bring great ideas, a new purpose or a reconnection with one’s reason for being.

And the weeks following this eclipse are all about releasing. You may release something like a job, a home or a relationship (unstable relationships often don’t survive eclipses), but most likely, it’s outdated patterns, habits, beliefs and attitudes that get the heave-ho. A good rule of thumb is to make sure to dispense with at least one behavior that is no longer serving you. This is actually one of the easiest times to change habits.

Meanwhile, we’ve just entered into a Mercury retro storm, which means that the planet of communications is about to go retrograde, causing all manner of upheaval in the world of communications, which, again, is pretty much everything, Back up computers, phones, make sure to double-check anything relating to communications. This retrograde lasts from September 3 – 21, though we’re already in its storm, and you’ll want to give it a week to get back up to speed.

Mercury goes retro in the sign of Virgo, which is one of its home signs. Notice any nervous mental activity or worry. Be mindful and meditative. Again, back things up. Yes, you may have to sign things during the retro, but check out the fine print. Try to avoid major decisions, surgery, getting married, and if you can postpone signing stuff, that would be good, too.

But I’m not a Mercury retro alarmist. We all have to live life. Just take your time rather than rush into anything. Take advantage of the “dreamy” or creative attributes of Mercury retro. Meditate, make or appreciate art. Write. Seriously, Virgo is the sign of the writer. Edit, revise, clean and organize.

The next eclipse happens on September 1. That’s the solar eclipse. You’ll probably like that one better. We’ll still be in the Mercury retro, but things will lighten up after this eclipse. A solar eclipse is about growth and manifestation. What the lunar eclipse illuminated (briefly) will be ripe(r) for action. The sun and moon will both be in Virgo, so you may have more practical brilliant ideas. We’ll talk more about this one next month. In the meantime, keep a log of ideas. Only do that which you are impelled to do. You know the feeling, you can’t not do it. That’s another rule of thumb for Mercury retro. And try to relax a little more than usual.

For more updates, check out my Facebook page. As usual, I’ll be pointing out the bright spots in the retro cycle, lucky days, and other planetary happenings.